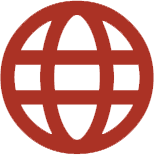 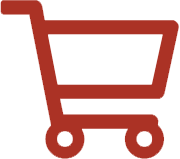 Eccentric latches are used on almost every boat. There are various models to choose from, but first, you need to decide whether to use the open standard models or the more modern covered models. In this article, we tell you the pros of the covered models!

Compared to standard eccentric latches the covered eccentric latches are safer.
You normally use the latches for locking hatches and storage compartments in cramped spaces where you also move around a lot  - especially in sailing boats. Thus, the risk for ropes, clothes, and other objects to get stuck in a standard latch is high, while they will simply slide off on the covered latches.
ROCA's model 405 is in addition equipped with a built-in lock for release, which will give you extra safety against any unwanted opening. The 416 version can be equipped with a ball spring that keeps the latch recessed even when not closed.

In a modern boat, a standard eccentric latch will probably look quite rough and clumsy.
On the other hand, a covered latch will add a discrete elegance to the boat's overall impression. Not only is the design of covered latches sleek and slim - but it also saves space as the latch remains flat in an open position.

The covered latches are easily adjusted with a screw to ensure a tight and rattle-free fixing. You can also choose different catch plates in order to get the most optimal installation.

Many of the covered latches are available in different surface treatments, such as electro-polished, satin-polished, and tumbled. Our 415 series is also available in fashionable black.

For protection and safety, you sometimes want to lock your hatch with a padlock.
Many eccentric latches present this possibility. Our standard version 415 and 416 has a built-in eyelet for a padlock and the 405 series comes in two versions, with or without an eyelet for padlock.

How we developed a sound-reducing glass sliding door

What type of finish is best for preserving teak?